Immigrant Networks is a worldwide community founded by one of Canada’s best-known immigrants, Nick Noorani. Nick was born in Mumbai, India, and came to Canada in 1998. Although he had international experience in advertising and marketing in three different countries, he faced many challenges in his new Canadian home, and he noticed that many other immigrants were also struggling. This inspired Nick to initiate a revolution to help newcomers in Canada, in any possible way.

In his quest to educate new immigrants he co-authored the best-selling book Arrival Survival Canada (2002), published by Oxford University Press.

This led to the creation and launch in 2004 of the Canadian Immigrant Magazine, Canada’s first national magazine for all immigrants. In 2007, Nick sold the magazine to Star Media Group – a division of Toronto Star Newspapers Ltd. and continued his position as Publisher. Nick also developed the magazine’s Lilian To Scholarship, giving away $55,000 of education to newcomers annually, and its national Top 25 Canadian Immigrant Awards that recognized immigrant contributions to Canada.

In addition, he is also the author of Welcome to Canada the official Government of Canada book given to every immigrant. (Click here for a free download)

Nick has been in the shoes of immigrants and knows what it is like to be in a new country and be confused, and anxious about your journey, this is why for much of his life he has been working towards helping newcomers, and now he is on a mission to help new immigrants coming from his homeland – India.

Know more about Nick Noorani and his work at www.nicknoorani.com 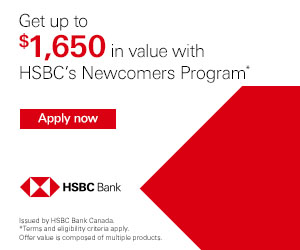 Get in touch with the Immigrant Networks Team by submitting the form.

This website uses cookies to improve your experience while you navigate through the website. Out of these, the cookies that are categorized as necessary are stored on your browser as they are essential for the working of basic functionalities of the website. We also use third-party cookies that help us analyze and understand how you use this website. These cookies will be stored in your browser only with your consent. You also have the option to opt-out of these cookies. But opting out of some of these cookies may affect your browsing experience.
Necessary Always Enabled
Necessary cookies are absolutely essential for the website to function properly. These cookies ensure basic functionalities and security features of the website, anonymously.
Functional
Functional cookies help to perform certain functionalities like sharing the content of the website on social media platforms, collect feedbacks, and other third-party features.
Performance
Performance cookies are used to understand and analyze the key performance indexes of the website which helps in delivering a better user experience for the visitors.
Analytics
Analytical cookies are used to understand how visitors interact with the website. These cookies help provide information on metrics the number of visitors, bounce rate, traffic source, etc.
Advertisement
Advertisement cookies are used to provide visitors with relevant ads and marketing campaigns. These cookies track visitors across websites and collect information to provide customized ads.
Others
Other uncategorized cookies are those that are being analyzed and have not been classified into a category as yet.
SAVE & ACCEPT
Go to Top