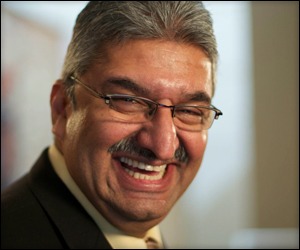 Immigrant Networks is the brainchild of one of Canada’s best-known immigrants, Nick Noorani. He is known for his social and entrepreneurial work with newcomers. He is also the founder of the Canadian Immigrant Magazine, Prepare for Canada, and Arrival Survival Canada, which is published by Oxford University Press.

This is the story behind Immigrant Networks, in his own words.

“The pandemic was the most unfortunate thing that could happen to mankind but it was even worse for immigrants and students transitioning into permanent residence status as it had the most horrifying outcomes. An estimated million immigrants were laid off in the days after the lockdown even though we’re the backbone of the economy. During the crisis, many immigrants were working low-paid jobs like cab drivers, front-line caregivers and farmworkers. Immigrants took these jobs not because they are not professionally qualified, but because they aren’t recognized due to their limited Canadian experience. I kept thinking of long-term solutions to help my fellow immigrants.”

“With my previous ventures, I addressed specific pain points and succeeded in creating successful solutions that helped hundreds of thousands of immigrants. So it was only a matter of time until I started working on a solution that no one had thought to give any attention to yet. The challenges immigrants face when trying to network with others in their profession.

This is such an important part of settling in Canada. As an immigrant, my first thought when I landed was how can I talk to someone from my field? Building a network is essential if you want to find a good job and a steady career within any industry.

It was already so difficult in the pre-Covid era and it became even harder as those face-to-face opportunities disappeared during the various lockdowns. So I got to work building a platform that would help immigrants connect with others in their profession and industry to take their settlement in Canada to the next level.

And thus, Immigrant Networks was born. I wanted to use technology to get you – the immigrant and international students, the jobs that you desire and deserve.

Connect with top employers and recruiters in Canada. They need your skills.

Visit us on Social Media and get instant updates

Our goal is to use this platform to connect you with Canada’s best employers based on your skill-set. We want to empower every immigrant and international student by enhancing their networking skills so that they aren’t left behind. We want every immigrant to be recognized on the basis of their qualification and capabilities.

This website uses cookies to improve your experience while you navigate through the website. Out of these, the cookies that are categorized as necessary are stored on your browser as they are essential for the working of basic functionalities of the website. We also use third-party cookies that help us analyze and understand how you use this website. These cookies will be stored in your browser only with your consent. You also have the option to opt-out of these cookies. But opting out of some of these cookies may affect your browsing experience.
Necessary Always Enabled

Performance cookies are used to understand and analyze the key performance indexes of the website which helps in delivering a better user experience for the visitors.

Analytical cookies are used to understand how visitors interact with the website. These cookies help provide information on metrics the number of visitors, bounce rate, traffic source, etc.

Advertisement cookies are used to provide visitors with relevant ads and marketing campaigns. These cookies track visitors across websites and collect information to provide customized ads.

Other uncategorized cookies are those that are being analyzed and have not been classified into a category as yet.

SAVE & ACCEPT
Go to Top